Gakushikai was first held on April 18, 1886 as a “Thank you party” for Hiroyuki Kato, the first president of the University of Tokyo. The history of Gakushikai began with a discussion by five people in attendance who desired to continue their friendship. 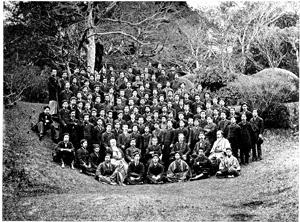 Currently, Gakushikai is the oldest and biggest university alumni organization in Japan with more than 50,000 graduates and teachers from seven national universities (formerly imperial universities) as members.

In 1928, Gakushi Kaikan was built in “the birthplace of the University of Tokyo.” Gakushi Kaikan is a facility complex equipped with restaurants, a banquet hall, hotel, and bridal hall. The historical building has been designated as a registered national tangible cultural asset. This place is also famous as the birthplace of Japanese baseball.

The following persons are eligible for membership. 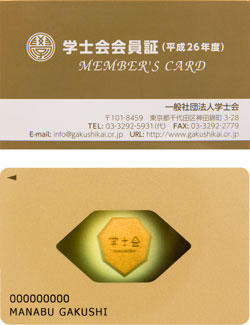 2. Persons who hold a Masters and Doctorate (including professional degree) from a graduate school of any of the above listed universities

3. Presidents, professors, and associate professor, or other officials who previously held such post in any of the above listed universities.

*Please refer to “Articles of Association, Article 6” (inserted in the official Gakushikai website).

*Student membership for students of the seven universities is also available (free registration).

！Membership: 4,000 yen/year
* Gakushikai yearly term is from April 1 until March 31 of the following year. 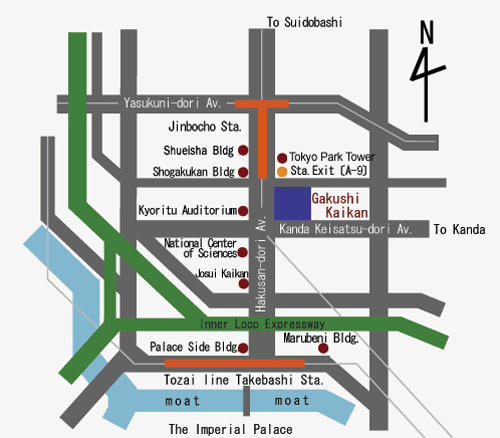